September 24, 2021 — A new article in The Debrief presents accounts from several men and women who are willing to go on the record about their alien encounters.

“The Experience: The Cultural Rise of Alien Abductions and Those Who Encounter Them” is online at TheDebrief.org 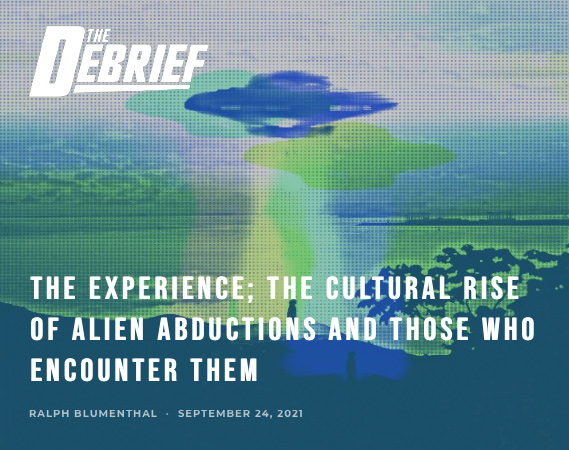 A roundtable discussion among the people featured in the article has been released by The Experiencer Group (recorded Sept 26, 2021). “This special episode came about spontaneously and organically while meeting as a group over Zoom to talk about the process of the article and ‘coming out’ as experiencers of non-human entities,” writes Jay King. “As the conversation progressed, the conversation turned toward how media has handled stories like this in the past, and being inspired to work toward a better way forward for public and private dialogue about anomalous and non-human experiences.” Learn more about The Experiencer Group at their website. An interview with the author of the article, from The Debrief‘s Cristina Gomez, is also available.