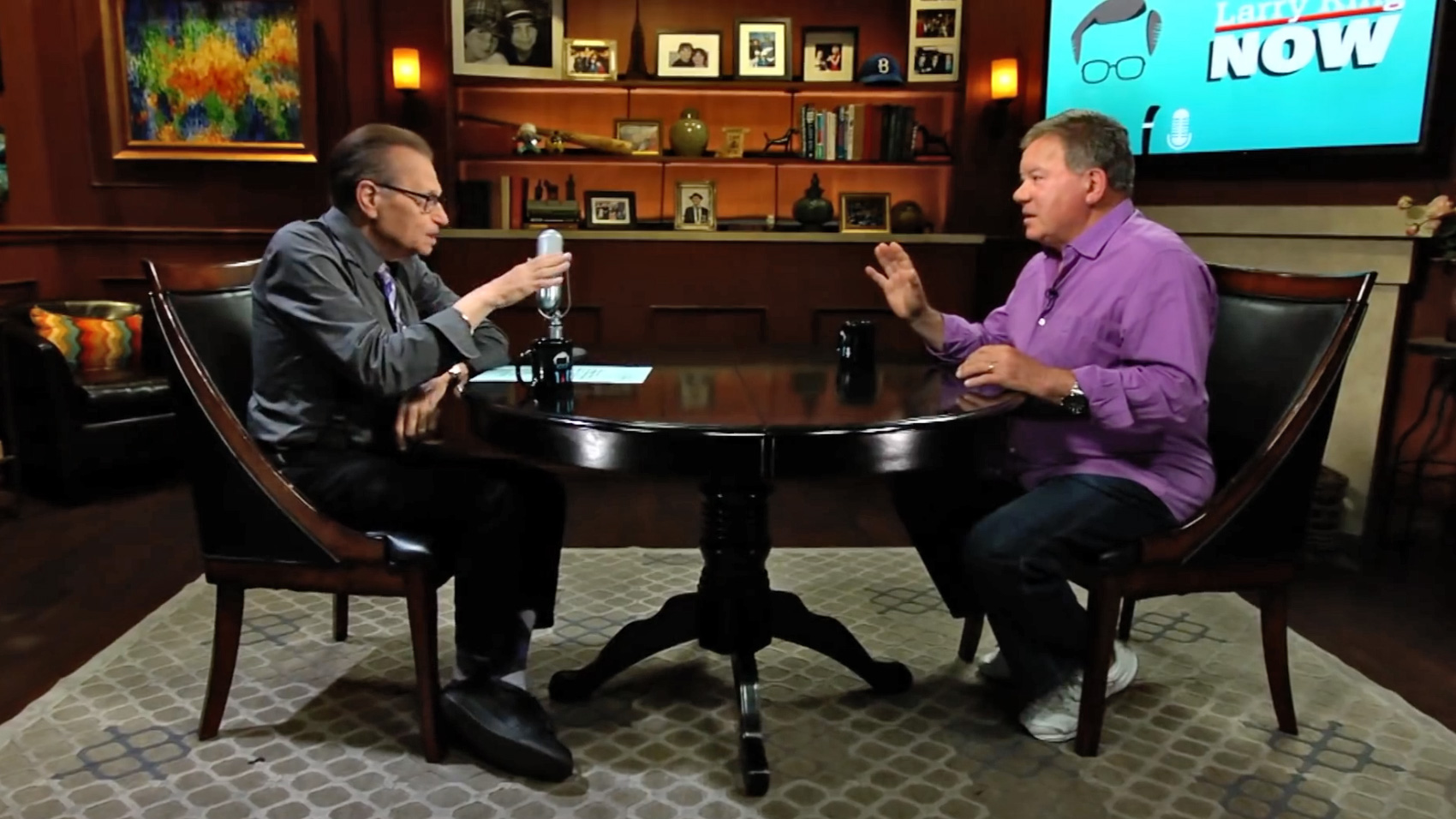 May 7, 2014 — Actor and novelist William Shatner told Larry King (on Larry King Now, April 23, 2014) that he is writing a science fiction novel inspired in part by the research of the late Harvard psychiatrist Dr. John Mack.

Shatner told King, “[Mack’s] conclusion was UFOs are on another plane, another reality… So do UFOs exist? It depends on what you mean by ‘exist’!”

Shatner had recently learned about Mack’s research from a discussion with producer Denise David Williams, who is developing a motion picture based on the career of Dr. John Mack.

Dr. Mack’s explorations of his patients’ alien encounters earned him the scorn of his Harvard peers, and the admiration of thousands of “experiencers”.

Shatner’s fiction will not be able to do more than skim the edges of Mack’s own story since Mack’s Life Story Rights are held by producer Williams. See her website at JohnMackMovie.com.