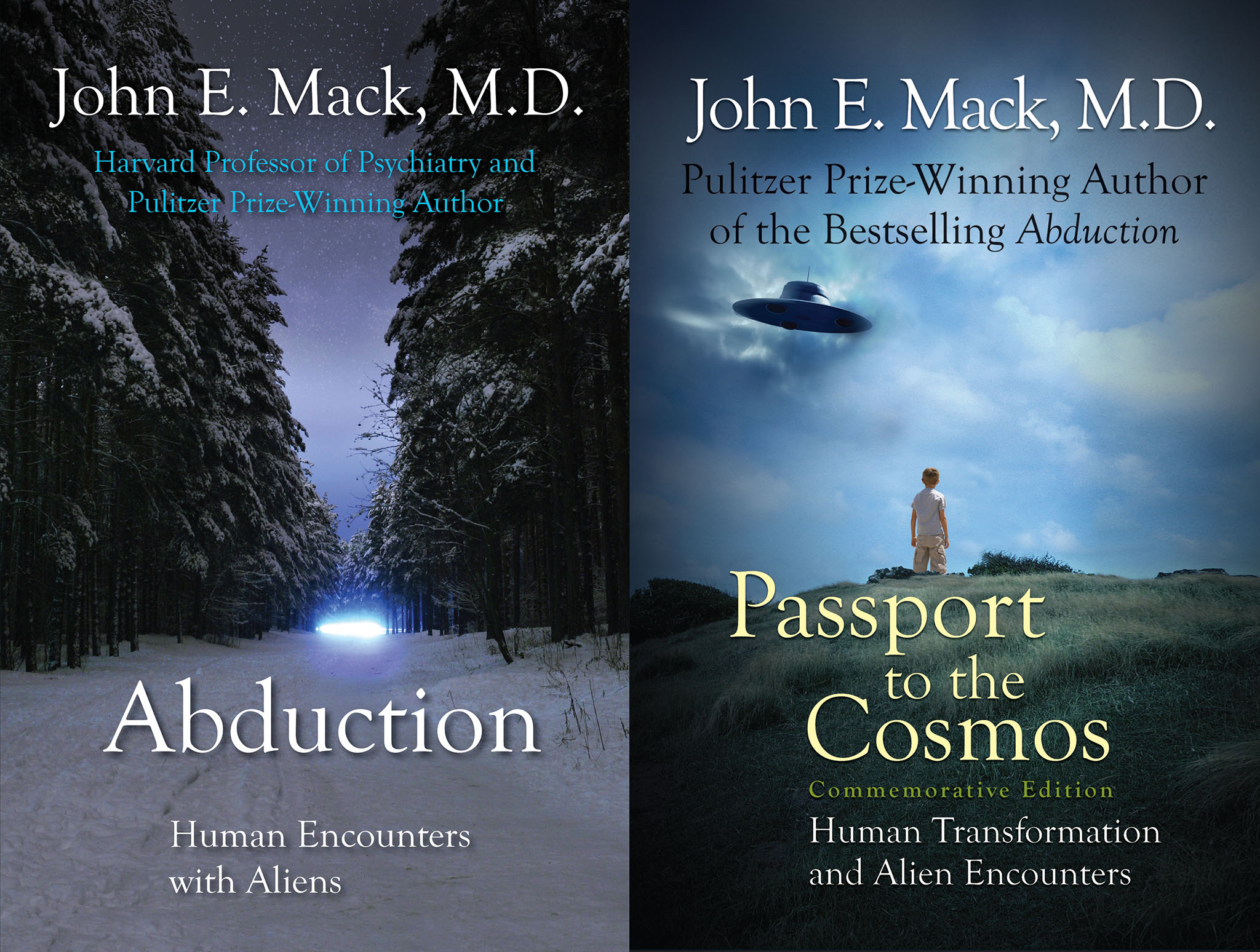 November 2014 — The revised edition of Abduction, Dr. John Mack’s first book on the subject of alien encounters, is now available as an ebook from major retailers. A trade paperback will be released in the first or second quarter of 2015.

Abduction was originally published on April 20, 1994. Though Abduction has remained in print for twenty years this is the first time since 1997 that the author’s revised edition has been available. There are subtle changes in the phrasing of many sentences throughout. More significantly, “in order to improve the book’s readability,” Dr. Mack wrote, “the historical and cross-cultural sections have been moved to the back, and the opening sections that contain my introduction and first reactions to learning about the abduction phenomenon have been streamlined.”

Abduction was the first of two books the acclaimed Harvard professor of psychiatry would write on the subject of “human transformation and alien encounters”.

Dr. Mack, who died in September 2004 at the age of 74, spent most of his illustrious career examining how a sense of “connection” develops across cultures and between individuals, and how these connections alter people’s worldviews. His best known book on this theme was the Pulitzer Prize-winning A Prince of Our Disorder, a biography of British officer T. E. Lawrence (“Lawrence of Arabia”).

His interest in the “connection” that was reported between humans and aliens, and how that too transformed people’s worldviews, was an unexpected — if natural — continuation of his lifelong exploration of this theme.

Though largely a collection of case studies, less philosophically-oriented than Passport to the Cosmos (published several years later), Abduction began Dr. Mack’s consideration of the possibility that the relationship between humans and the so-called aliens may have benefits for both species, rather than being purely exploitative of humans as many at the time believed.

Publisher’s Weekly noted, “Where Mack’s report differs is in its emphasis on the purported spiritual aspects of the abduction experience. Many of his patients reported deep personal growth and heightened awareness of human destructiveness and of Earth’s ecological crisis. Some abductees seemed to relive past lives during therapy sessions; others became open to contact with spirit-entities; still others said they possessed a ‘dual identity’ as both alien and human. Unlike Hopkins and Jacobs, who tend to view such phenomena with skepticism … Mack wishfully embraces them as signs that a higher intelligence is attempting to intervene in humanities destructive course. Whether that intelligence involves extra-terrestrial humanoids or multidimensional spirits is a question Mack leaves open. His searching inquiry is among the most credible and thought-provoking of this genre.”

This return to print of Dr. Mack’s preferred edition of Abduction has been made possible by the John E. Mack Archives working hand-in-hand with Simon & Schuster. To prepare this version, the pages of a rare 1997 trade paperback were torn from its binding and scanned. Errors were manually corrected and the book was newly typeset. The preface, which had already been revised in 1995, has been further expanded by ten new paragraphs written in February 1997, sourced from the archives. All earlier editions of Abduction are now retired.

A commemorative edition of Passport to the Cosmos remains available from White Crow Publishing. This edition includes illustrations and photographs. Insights about the relationship between spiritual and physical energy; trauma’s role in transformation; information about the ecological crisis facing the planet; the possibility that human beings are participating in the creation of some sort of interdimensional hybrid race; and the expansion of human consciousness and our spiritual reawakening are the matters this book includes. More than a sequel to Abduction, this is Dr. Mack’s definitive statement on alien encounters and the state of humanity.